The crest system is a function that can enhance the character's ability by acquiring monster-specific crests.

You can use 50 crest pieces to make a crest summon scroll, and then use them to get crests.

Crest pieces can be obtained from Monster Summoning Content or purchased as with Quartz from NPC Yukia.

If there is a crest that you want when you make a crest summon scroll,

Right-click the Crest summon scroll to register the Crest. 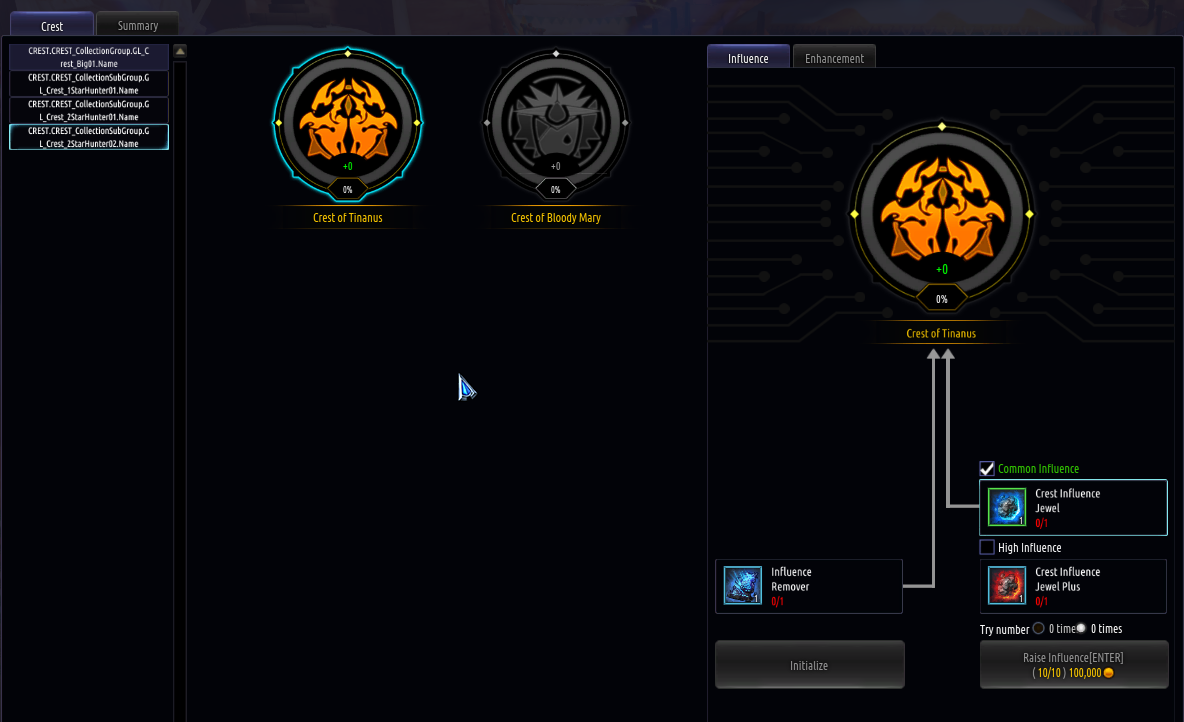 If you have registered crest, you can grow and enhance crest.

The influence can be changed during only 10 time chances

You can initialize 10 time chances to change influence. If you do, the enhancement level remains

Crest enhancement can be performed using the corresponding Trail of Crest. 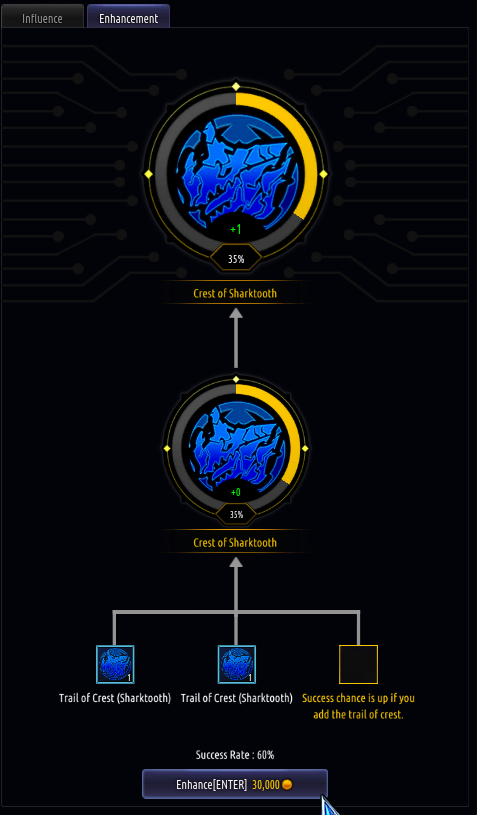 Materials used for crest influence and reinforcement can be obtained from monster summoning stage or purchased from NPC Yukia with Quartz.